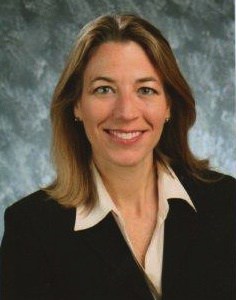 Most new medical technologies initially are billed to payers with a miscellaneous CPT code (those ending in “99”) or a category III CPT code (codes ending with a “T”).  Each January and July, the AMA issues new “T codes” to track the adoption of new technologies.

Many, if not most payers, have implemented billing software edits that automatically deny claims that are billed with a miscellaneous or T CPT code as experimental or investigational.  Although the AMA, the entity that issues the CPT codes, has stated it is unreasonable for any payer to assume a service billed with a T code is experimental  or investigational, the practice continues.

Thus, adopters of new technologies should anticipate denials of services provided with these codes.  Despite these initial denials, providers can not only get paid for individual claims, they can change payer policies.  The following describes how.

Novitas, the Medicare contractor for Pennsylvania (among other states and the District of Columbia), has a general policy, i.e., a local coverage determination (“LCD”)  that will deny coverage of a service billed with a category III CPT code as experimental and investigational.

See Local Coverage Determination 31686.  Thus, through this policy, Novitas immediately declares any T-coded service to be non-covered unless and until the policy is revised and the procedure is excluded from the list of non-covered services.

Any party – providers, beneficiaries, advocates – can request a Medicare contractor to “reconsider” an LCD.  The party filing the LCD reconsideration request must submit articles or other evidence showing the service is not experimental or investigational.  Novitas is required to respond to all reconsideration requests within 90 days of determining the request was vaild.  If after review of the publications or other evidence, Novitas agrees that the service should be covered, it will exclude the procedure from its non-covered procedure LCD.  A review of the revisions of Novitas’ LCD 31686 shows CPT category III procedures that were excluded from Novitas’ non-coverage list using this reconsideration process.

In addition to filing reconsideration requests and supporting beneficiary challenges, Providers may appeal individual denied Medicare claims that are denied through the five-step Medicare appeal process (redetermination, reconsideration, ALJ, Medicare Appeals Council).  Providers or patients may also appeal denied claims through their insurer’s appeal process.  However, less than 10% of claims denied by commercial payers and less than 2% of claims denied by Medicare are appealed.  Every payer anticipates that most denied claims will not be appealed.  Nonetheless, reported statistics show that most parties that appeal denied claims up to the administrative law judge level are successful.  Thus, it behooves a provider or beneficiary to appeal the denied claim at least through the ALJ level.  Such claims are favorably reviewed even in the face of a non-coverage LCD because ALJ’s are not bound by a contractor’s LCD, although they must give deference to it.  This is particularly true when the LCD does not appear to reflect the literature or the consensus of medical opinion.

Provider advocacy, particularly by those who are leaders in adopting new technology and who want to keep Western Pennsylvania at the forefront of advances in medicine, has become a part of medical practice.  Providers can get paid for new medical technology, even in the face of a Medicare non-coverage LCD, but it often requires that a provider submit to the Medicare contractor articles and information that support coverage, and often requires providers to appeal denied claims until the policy is changed. This may take some time and effort, but in reality, not an unreasonable amount of either. The end result can be a meaningful  increase in coverage and reimbursement for new technologies and providing more patients better health care.

Debra M. Parrish is the founder of Parrish Law Offices, one of the country’s leading legal representatives of hospitals, physicians, and companies on a comprehensive range of reimbursement, and additional regulatory, matters. The firm has filed and participated in hundreds of proceedings before the Office of Medicare Hearings and Appeals, and it has counseled numerous clients on Local Coverage Decision reconsideration requests and challenges for non-coverage. Parrish Law Offices is located at 615 Washington Road, Pittsburgh, PA 15228; Ms. Parrish may be reached at 412.561.6250. The firm’s website is www.dparrishlaw.com.