Allegheny Health Network (AHN) and Highmark Health officials today celebrated the completion of a new facility at Allegheny General Hospital (AGH) that will provide cardiovascular patients with access to 48 private beds in a state-of-the-art setting, including 24 critical care beds and a 24-bed monitored step down unit.

Located on the 11th floor of AGH’s Snyder Pavilion, the $26 million project is part of a major initiative underway to improve and modernize the infrastructure of the hospital and further advance its capabilities as AHN’s flagship quaternary medical center.

The new cardiovascular unit at AGH is expected to begin admitting patients next week and will primarily be used by those who require intensive care and around-the-clock monitoring for conditions such as acute myocardial infarction, acute heart failure, and cardiac dysrhythmias.

“AGH and its exceptional clinicians have long been recognized for providing the highest quality of care for those with cardiovascular and other complex diseases,” said Michael Harlovic, Chief Executive Officer of AGH.  “Today is a great day for our hospital, our patients and the community, and we are extremely grateful to the leadership at AHN and Highmark for their investment in these critical resources and their commitment to excellence in everything we do.”

A dozen rooms in the new AGH cardiovascular critical care unit feature patient lifts to help staff safely move patients in and out of bed, and 24 rooms include high-tech booms which suspend frequently used monitoring and other equipment from the ceiling to provide greater flexibility and maneuverability.  This allows for large pieces of equipment, such as imaging C-arms, to be brought directly to the patient’s bedside.

The MediGuide™ navigation system works much like a car’s global positioning system, turning pre-recorded X-ray pictures into a 3-D map that helps physicians navigate within the heart more accurately. In addition to providing a more complete visual of the heart with excellent detail, the use of electromagnetic signals also dramatically reduces radiation exposure to the patients as well as the operator and electrophysiology staff.

“Allegheny General’s multidisciplinary team of cardiovascular specialists takes great pride in providing patients with the most comprehensive and state-of-the-art care possible,” said Srinivas Murali, MD, Medical Director of AHN’s Cardiovascular Institute. “The addition of these new facilities, together with other recent technological and programmatic upgrades at the hospital, enables us to offer the leading-edge cardiovascular care with superior outcomes that patients have come to expect from AGH.”

AGH is a leading referral center in the western Pennsylvania region for advanced cardiovascular care and cardiovascular research, including clinical trials of new medications and technologies available only at the most specialized medical centers in the country. Allegheny Health Network is rated the #1 health system in western Pennsylvania and among the Top 5 percent nationally for cardiac care, interventional heart care and heart attack treatment according to Comparion® Medical Analytics, 2016 National Quality Rating Database.

The renovation of AGH’s 11th floor and its new EP lab are part of an overarching plan for widespread improvements to the hospital’s clinical facilities and its mechanical, electrical and plumbing infrastructure, Harlovic said.    In December, the hospital also announced the opening of an Islet Cell Isolation Lab, one of just a handful of its kind in the country, to advance the treatment of patients with chronic pancreatic diseases, including pancreatitis and diabetes.

AGH’s upgrades also are just a sample of the many significant investments AHN and Highmark have made in the Network’s hospitals and facilities throughout the region over the past two years, which include a new cardiovascular intensive care unit, cardiac catheterization and electrophysiology laboratories at West Penn Hospital; a complete renovation of West Penn’s labor and delivery and post-partum units; a new Women and Infant’s Center and Cancer Institute at Jefferson Hospital; a new trauma intensive care unit at Forbes Hospital; an outpatient surgery center in Monroeville; and comprehensive Health + Wellness Pavilions in Wexford, Bethel Park and Peters Township. 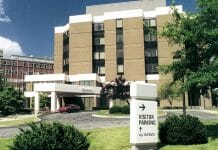 What Is the Cost of Replacement Windows?

How to Make the Most of Your Condo Space 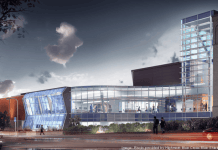