As a prominent Pittsburgh heart surgeon, Dr. Stephen Bailey knows well what it takes to lead a team of talented and dedicated healthcare professionals in the pursuit of excellence in patient care. On Sunday, November 11 that leadership experience will be put to another test altogether as Bailey trades in his medical scrubs for a pair of ice skates to captain a group of fellow hockey enthusiasts in a charity matchup against the Pittsburgh Celebrity Hockey Team.

Scheduled to begin at 7 pm, the game will be held at the Shadyside Academy Ice Rink in Fox Chapel. The price of admission is $5 and proceeds will be split between the Second Chance at Life organization and the Emergency Transplant Assistance Fund at Allegheny General Hospital (AGH), where Dr. Bailey serves as Director of Cardiac Surgery and Heart Transplantation.

Founded in 2008, Second Chance at Life is a charitable organization that provides financial assistance to transplant patients who are waiting for or recovering from an organ transplant. AGH’s emergency transplant assistance fund provides the same service for patients being cared for at the hospital.

“People with end -stage organ disease who are on the waiting list for organ donation, as well as those who are fortunate enough to undergo successful transplantation, face innumerable challenges. Unfortunately, the economic burden associated with the costs of medical care and lost wages is one of those challenges that can be significant for patients and their families. Second Chance and the AGH transplant assistance fund help us to provide patients with some relief from those concerns so that they can focus on what’s most important – regaining their health,” said Dr. Bailey. “We greatly appreciate th e Pittsburgh Celebrity Hockey Team for joining us in supporting these valuable programs.”

The Pittsburgh Celebrity Hockey team was formed in 1992 to help local groups throughout Western Pennsylvania by participating in charitable hockey games. The team’s roster is composed of a variety of locally and nationally known sports figures, local media personalities and prominent business and community leaders.

Those interested in attending the charity game at Shadyside Academy can purchase tickets at the door or visit www.secondchanceatlife.org for other ticket sale locations. 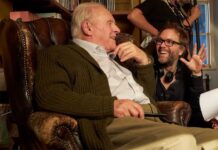 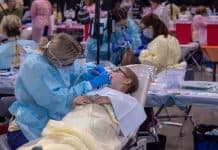 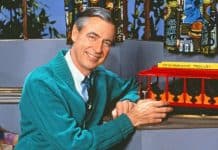 Attend the Memory Cafe With a Loved One