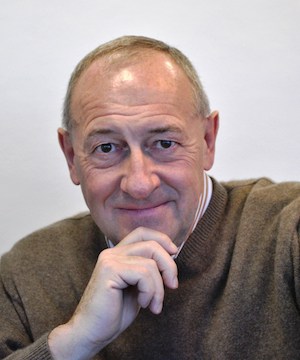 As the baby boom generation continues to get older, its members’ vision will likely decline. In May 2016, the National Eye Institute (NEI), a division of the National Institutes of Health, reported the results of a study published in JAMA Ophthalmology projecting that as the youngest baby boomers turn 65 by the year 2029, the population diagnosed with visual impairment or blindness is expected to rise—eventually doubling to more than eight million by 2050. Previous research by the American Academy of Ophthalmology (AAO) pronounced this is “a looming health crisis” and noted that more than a third of boomers do not undergo annual eye exams.

Advanced wet age-related macular degeneration (AMD), along with subretinal fibrosis, is likely to contribute to this state of affairs. Anti-VEGF therapy is the current primary drug therapy for AMD yet approximately one-half of AMD patients develop retinal scars within two years of initiating anti-VEGF treatment, according to research published in the journal Ophthalmology. One area of research is focused on the proteins that trigger the process in AMD that may cause this retinal scarring. The goal is to see if it is possible to regulate or block these proteins.

RNA interference (RNAi) can target and destroy specific RNAs before they serve as templates for the generation of hundreds to thousands of copies of the coded protein. This phenomenon, discovered by Dr. Craig C. Mello, served as the basis of the work for which he shared the 2006 Nobel Prize in Physiology or Medicine. The theory behind the use of this approach as a therapy is: reduced scar proteins, reduced retinal scarring.

The process of RNAi can be artificially induced by introducing a small double-stranded fragment of RNA that corresponds to a particular mRNA into a cell. A protein complex called RISC (RNA-Induced Silencing Complex) recognizes this double-stranded RNA fragment and uses one strand, the guide strand, to bind to and destroy its corresponding cellular mRNA target. If the mRNA is destroyed this way, the encoded protein cannot be made. Thus RNAi provides a way to potentially block the expression of specific proteins.

RXi Pharmaceuticals has developed a therapeutic platform of self-delivering RNAi compounds, called sd-rxRNA®. The first of these compounds, RXI-109, is in development to target connective tissue growth factor (CTGF), a key regulator of fibrosis and scar formation in the eye and skin. The Company believes the therapeutic reduction of CTGF could help reduce loss of vision associated with retinal scarring.  To support moving RXI-109 forward into clinical studies to evaluate the potential to reduce the formation of retinal scars, work conducted in mouse and rabbit eye by intravitreal injection showed no overt toxicity following sd-rxRNA® treatment.  Moreover, CTGF protein levels were reduced in a dose-dependent manner seven days following a single intravitreal injection of RXI-109 in cynomolgus monkey. By using an RNA-based therapeutic to directly reduce production of a specific protein in the retina, it may be possible to target the harmful scarring component of a number of retinal diseases, including AMD.

In late 2015, RXi Pharmaceuticals initiated a Phase 1/2 clinical trial, RXI-109-1501. This multidose, dose escalation study is evaluating treatment with RXI-109 in patients with subretinal scarring associated with AMD. The primary objective is to evaluate the safety, tolerability and pharmacokinetics of single and multiple doses of RXI-109 when administered by intravitreal injection. Secondary objectives include evaluating the clinical activity of single and multiple doses of RXI-109 and determining dose level and regimen for future studies. Ocular assessments will include changes in best corrected visual acuity and scar lesion size, and assessment of ocular health with optical coherence tomography, fluorescein angiography and color fundus photography.

The overarching objective of this clinical research is to evaluate the potential of RXI-109 to block the formation of further subretinal scarring in these patients, with the goal of maintaining vision for a longer period of time than with anti-VEGF treatment alone, the current standard of care. In August 2016, the Company stated that enrollment in this study was ahead of schedule and that there have been no safety issues that have precluded the continued dosing of each patient.

Along with the other major age-related eye diseases—cataracts, glaucoma, diabetic retinopathy and dry eye—AMD presents a major challenge for boomers and their healthcare providers. New therapies may become available to help those grappling with vision loss as more is learned about the mechanisms behind AMD—and that is good news for baby boomers and members of other generations alike.

4 Small But Important Things To Know About Antibody Production 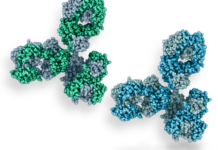 Biosimilars Have Potential to Save Billions, But Not Before We Break Down Barriers

How to Find Discount Prescriptions Without Insurance

What You Need to Know About Online Pharmacies in 2019