Knowing how to read an ultrasound is an invaluable skill for doctors and medical professionals. They use the images to diagnose patients and save lives. Doctors and nurses have the necessary training and education of the human body, so they can accurately read an image. That base knowledge is the first step to reading an image. Being familiar with the area you are examining is important. Having prior knowledge of the anatomy that you are imaging will go a long way towards understanding what you are looking at.

On a standard black and white ultrasound image, there are constants that help with the reading and interpretation of the image. Different tissues and organs in the body conduct sound differently. The density of the structure the waves are bouncing off will influence the image. The tissue density dictates the speed at which the echoes return to the probe. Some tissue absorbs the waves, while others will reflect them.

Ultrasound images are black and white, so there is a grayscale doctors use to identify structures. Black is on one end, white is on the other, and everything in between is a grayscale. The denser the object, the brighter the image will be. A bone, for example, will be bright white on the image. Because it is solid and dense, the waves bounce off it faster and stronger, making a better image. Fluids inside the body appear black on the image because they are not solid. The waves will pass through the fluid and don’t return to the probe. The absence of the returning waves leaves a gap in the data that the computer recognizes as an absence of tissue.

Medical professionals will use certain constants and structures within the human body to read an image. For example, when technicians conduct prenatal ultrasounds, they can tell the sex of the baby. Certain characteristics are specific to both genders, so techs look for those characteristics. Each sex has a sagittal sign. Looking at a profile of the fetus, follow the spine to the tailbone. At the very end there will be a notch, named the Caudal notch. If it is pointing downward, then the fetus is a girl. If the Caudal notch is pointing up, then it is a boy. With every system and point in the human body, there are telltale signs that doctors use as reference points. Knowing how they should look tells them something is wrong when those signs look different. That is why the ultrasound is an important diagnostic tool that the medical world uses to save lives.

You can also learn more at https://babysfirstimages.com/. 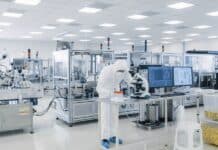 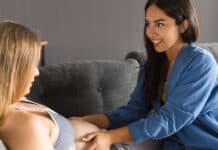 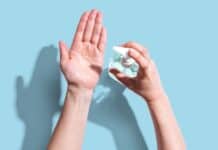 How To Prepare Your Office for Flu Season 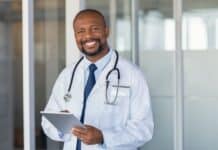 Essential Things To Know When Relocating as a Physician

6 Things You Need to Know About Being a Nurse