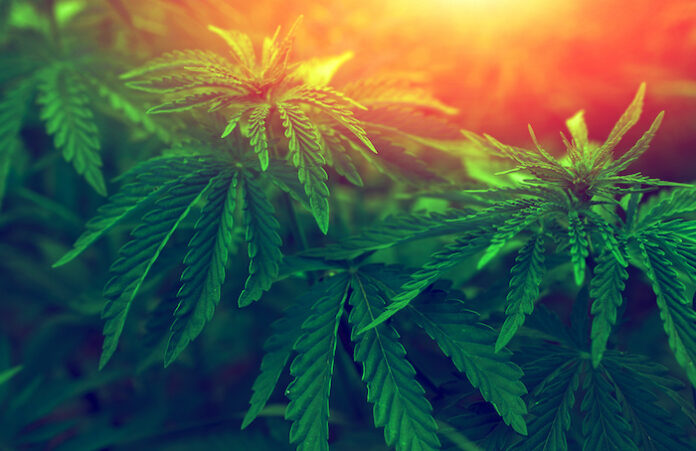 There are now many products that incorporate cannabidiol (CBD) oil and similar ingredients made specifically for seniors. This is due to the growing list of states that have now legalized the medical and recreational use of marijuana. So, it’s natural that products derived from marijuana like CBD oils have experienced a surge in popularity in recent years. You may even have considered using it yourself, but you got discouraged because you thought it might not be good for people your age.

One of the main draws for CBD-based products, such as CBD Puroil and countless other products available in the market, is they could deliver the benefits of marijuana without making you high. So, you could enjoy the positive effects of cannabis without experiencing the unfamiliar sensations usually associated with it. You could also use it in more familiar products like topical gels, oil vapors, and edibles instead of inhaling smoke.

Cannabidiol (CBD) is a chemical compound derived from the Cannabis sativa plant. Although the research is still in its infancy, early studies show it could offer some health benefits even for older adults. These studies suggest that the compound could affect several clinical conditions, such as inflammation, epilepsy, pain, anorexia, schizophrenia, sleep disorders, and some symptoms of multiple sclerosis, among others.

The other popular derivative of marijuana is a compound called tetrahydrocannabinol (THC) which could still trigger a ‘high’ feeling commonly associated with the use of cannabis.

Uses of CBD Oil for the Elderly

Ongoing discussions abound regarding the supposed benefits of CBD oils for older adults when taken regularly. Here are some often cited examples:

The pain-relieving effect of cannabis is said to be one of its most popular benefits. Thus, some doctors prescribe it for patients with terminal illnesses and other medical problems instead of prescription medication. Studies have also shown that marijuana could help decrease the pain experienced by regular users from arthritis and nerve pain.

If you’re a senior, you could consider trying creams infused with CBD, as these products may help ease muscle and joint pains. But be sure to consult your dermatologist beforehand.

The derivatives of cannabis like CBD could also help in strengthening the bones. This is very important as they become weaker as you age. A study done by researchers from Israel, Switzerland, and Sweden found that cannabis could possibly help make fractures heal faster and aid in making bones stronger. It could also be beneficial for people who have multiple sclerosis because it has anti-inflammation properties.

Even though CBD is famous for its soothing effects, especially on seniors, you might still feel energized if you take them. This is due to the compound’s presumed ability to help in regenerating damaged cells.

Cannabidiol also has antioxidant properties, so it’s possible to be better protected against free radicals. It has also been established that CBD could remove more toxins from the body compared to vitamins C and E.

Extensive research has been done to find the link between cannabis and glaucoma. This is a neurodegenerative disease, an ailment that can trigger the breakdown of neurons, which affects an individual’s eyesight due to the increase in intraocular pressure (IOP) in a person’s eye.

Due to several decades of research, several supporting pieces of evidence have been found to determine that the derivatives of cannabis could reduce IOP by as much as 25%. But since patients need to inhale the marijuana instead of CBD alone, this has caused a significant risk for some patients.

Although it can’t heal glaucoma outright, CBD could still be used as a possible tool to relieve pain. It might also help reduce pressure, but this claim still needs to be supported by further studies.

As you get older, it’s more difficult to get deep sleep. When you’re in this phase of your sleep, also known as rapid eye movement (REM), your brain repairs itself and gets rid of the toxins produced by stress and other factors. Also, your sleep quality is vital to your health since it could prevent neurodegenerative diseases related to aging, including Alzheimer’s disease and glaucoma.

Many seniors need to take their daily prescription drugs to help them deal with various medical issues. Although these are proven to be safe and effective, these drugs could still have some side effects that could affect your everyday life. So, there’s a growing number of advocates who want to avoid taking prescription drugs altogether as they’re said to cause tissue and organ damage, drug addiction, and sometimes death.

As opposed to prescription drugs, marijuana and its byproducts like CBD are believed to be relatively safe, have fewer side effects, and are less likely to cause addiction. Also, the use of CBD to treat prescription drug addiction is currently being explored.

But you should consult your doctor first before getting rid of your medications and replacing them with CBD oils and other cannabinoids. Their use might not fit your medical situation, and skipping your prescriptions could lead to more health problems.

It’s quite dangerous for you to lose your appetite as you’re in a critical stage in your life. If this continues for some time, it could cause tissue weakness, weight loss, and even mental issues. Cannabis has been known to improve the appetite of its users. Thus, CBD could also be a potential stimulant to help you have normal eating habits. Consult a nutritionist before including it in your diet, though.

One of the main focuses of many ongoing studies is determining the effectiveness of marijuana in preventing Alzheimer’s disease. Several researchers have also found that most derivatives of cannabis, including CBD, could boost the body’s process of eliminating beta-amyloid and tau.

The former is one of the likely culprits in the formation of plaque in the brain, while the latter could cause tangles among brain cells. So, they are believed to be the cause of the onset of Alzheimer’s disease. Cannabinoids could lessen the brain’s inflammation and trigger damaged brain cells to regenerate.

Although the positive benefits of CBD for older adults are now backed by several studies, you should still consult your physician before you decide to take any substance. Also, you need to remember that the possession and use of cannabis or CBD are still illegal in several states. So, you need to do your research if you plan on traveling and bringing your CBD oils with you.