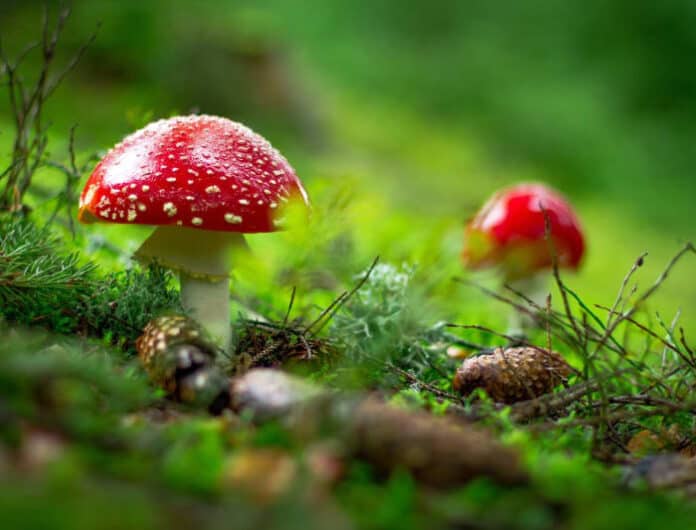 Mushrooms and other forms of fungi exist all over the world. There are different types of fungi and each has unique characteristics. Certain types of fungi can glow-in-the-dark, while others can turn insects into zombies. Accumulating scientific evidence suggests that some fungi species are lethal to humans, while others offer valuable health benefits. This article focuses on magic mushrooms and exciting facts that you didn’t know about them.

1. They contain more than just psilocybin

Magic mushrooms also contain other compounds such as biocytin, psilocin, aeruginascin, norbaeocystin, and more. Keep in mind that these compounds’ chemical structure is almost similar and have an almost similar impact on your transmitter serotonin. However, there are minor differences in the chemical structures, and these differences can have a dramatic impact on their clinical and cellular pharmacology of molecules.

There are two basic categories of mushrooms classified as magical. But there are approximately 200 species of these mushrooms. The term magical in this context means that the mushroom has a psilocybin ingredient widely believed to have a mind-altering impact. More scientific studies are necessary to understand the full spectrum of the health benefits of magic mushrooms and the possible side effects.

3. They may have given us Santa Claus

The story of Santa Claus is a little odd when you think about it, from the flying reindeer and magic elves to Santa’s chimney use and the iconic red and white suit. One theory suggests that most of these quirks came from muscimol mushrooms or from the Siberian shamans who distributed these mushrooms many centuries ago.

Amanita muscaria has long been valued in Siberia; original human consumption dates back to the early 1600s. Though part of the consumption was recreational, Siberian shamans ate fungi to communicate with the spiritual world. The shamans also gave out mushrooms as gifts in December, often entering houses through the roof due to deep snow.

To think about it. Santa Claus’s distinctive style tends to draw comparisons to the 17th-century shamans of Siberia. These priests connected to the old transitions and usually collected amanita muscaria, dry under the sun, and then issue them as gifts during the winter. Since snow used to block the doors, there was a single opening on the roof through which a person would enter and exit. Don’t you think this is the chimney story?

Sherman’s also had another tradition of dressing up like Amanita muscaria. They wore red suits with white spots. In most cases, their vision quest was shared with the spirit animals such as reindeer, which are very common in Siberia and usually eat hallucinogenic fungi.

The Santa story is a blend of numerous influences over centuries, and magic mushrooms are only speculative, albeit the intriguing source of Santa Claus’s magic. You can also find other exciting stories linking Santa to Amanita muscaria.

4. Mushrooms hyper connect to your brain

Scientific evidence suggested that the compounds in psilocybin mushrooms can give users a higher level of mind-altering feeling. But this compound has the opposite impact. Psilocybin can boost the brain’s activity, according to a study done in October 2014. The researchers asked 15 volunteers to consent to brain-scanning by a functional MRI machine. They did so after ingesting a dose of psilocybin mushrooms.

The final MRI scans revealed a higher level of brain connectivity. This confirms that under the influence of psilocybin, your brain can synchronize activity from different areas that wouldn’t be normally connected. It is a mind-altering activity that could explain the dream state that magic mushroom users usually report after taking the drug.

5. They can also slow down your brain activity

Magical mushrooms also act in other strange ways, particularly in your brain. Scientific studies have confirmed that psilocybin works by binding to the receptors of the neurotransmitter serotonin. While it’s not clear exactly how this combination impacts the brain, several studies have revealed that the drug can have other brain communication-related impacts in addition to higher synchronicity.

A recent study that involved brain imaging of volunteers who consumed psilocybin showed decreased brain activity, particularly in information transfer areas like the thalamus. This is a unique structure deep in the middle of your brain. The ability to slow down the activity in such areas allows information to travel more freely throughout your brain. According to Imperial College London studies, this is because that region is usually considered the gatekeeper that limits connections.

6. They can kill fear

Another strange impact of magic mushrooms is that they can destroy fear. In a 2013 study that involved mice, the researchers found that when dosed with the recommended level of psilocybin, the mice became less likely to freeze, particularly when exposed to high levels of noise. Instead, they had learned how to adapt and associate with the pain of electric shock. Mice that were not given psilocybin talk longer to relax around the noise.

Note that the mice were given low doses of psilocybin during the study. The researchers believe that the animal study would inspire more work on various types of mushrooms that could treat mental health troubles in people. For instance, a small dose of psilocybin could be administered to treat PTSD and other mental disorders.

Mushrooms containing psilocybin grow in the wild, and it’s no surprise that non-human animals have sampled these types of fungi. For instance, in 2010, British tabloids were abuzz with various reports that pygmy goats at an animal sanctuary had eaten wild magic mushrooms. These animals reportedly acted lethargically, staggered around, and vomited. It took them two days to recover.

There is so much to learn about magic mushrooms.

Chemical composition of magic mushrooms. And how they interact with the human brain and their possible side effects. There are also fun facts about mushrooms, particularly Santa. If you must consume mushrooms containing psilocybin, be sure to consult with your doctor first.