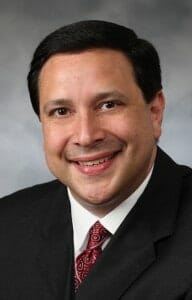 Solutions to help you grow…

I watch the Real Housewives of New Jersey. There. I said it.

I stumbled on the show when I zapped to Teresa Guidice overturning a table during an argument at a restaurant. Thinking this might be interesting, I pulled Darlene, my wife, in on it. Years later, I’m no longer embarrassed to admit watching the show. Apparently the 2.8 million other viewers of the most watched show in its time slot aren’t either.

Some consider reality TV a guilty pleasure. Others criticize it as the lowest form of culture. Andy Denhart, journalist and TV critic, says Reality TV is important because it forces us to think of how we’d respond to what we’re watching.

Whatever your view, you can benefit from applying Reality TV story telling techniques.

When you watch any of the Real Housewives series, you quickly realize the cast members, houses, clothes, cars and toys are actually far from the “reality” most of us know. Much of what the “real people” featured in these shows do isn’t all that real.

Yet people still tune in. Why? Reality TV leverages these five fundamentals of story telling:

1. Focus on The Big Idea. Succinct messaging conveys the essence of the show. For example, Survivor: Outwit. Outplay. Outlast.

2. Engage Your Audience. American Idol, Dancing with the Stars, The Voice and other shows encourage the audience to vote. Viewers become attached to contestants in the way we used to connect with sitcom stars.

3. Touch Emotions. Teresa Guidice and other villains like Vienna Girardi from the Bachelor, The Apprentice’s Omarosa and Scott Disick of Keeping Up With the Kardashians generate controversy to keep us interested and create a buzz.

4. Concentrate on Key Target Markets. Ever notice the shows feature a cross section of characters from multiple market segments that can buy stuff from sponsors? We relate to one or more of the characters and compare others to people we know. It leads to emotional buy-in among loyal viewers and allows sponsors to pitch us on their products and services.

5. Make it Memorable. The introductions, music, quick video cuts and editing combine to make a lasting impact. We remember the meltdowns and the dumb things people say or do. We feel bad for the jilted and those sent home. Even when someone loses, they often win from their “almost” celebrity status.

Enjoy your favorite show and improve your messaging by using the story telling techniques of Reality TV.

David M. Mastovich, MBA is President of MASSolutions, an integrated marketing firm based in Pittsburgh focused on improving the bottom line for clients through creative selling, messaging and PR solutions. He’s also author of “Get Where You Want To Go: How to Achieve Personal and Professional Growth Through Marketing, Selling and Story Telling.” For more information, go to www.massolutions.biz. 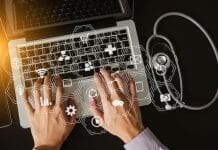 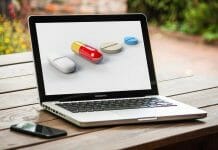 Why is Healthcare Marketing Important?

How to Optimize Your Medical Practice Web Presence