Addiction to painkillers is one of the most common forms of substance abuse in the United States, and one of the most dangerous and difficult to treat is addiction to tramadol. This is a type of opioid that is often prescribed for moderate pain caused by surgery or for chronic pain due to conditions such as fibromyalgia.

Tramadol functions by binding itself to the opioid receptors in the brain in order to relieve pain. It is quite effective in addressing mild to moderate pain, whether acute or chronic, despite it being in the lower end of the spectrum of potency among prescription painkillers.

However, tramadol can surprisingly be addictive as a patient takes it over an extended period of time and in higher doses than recommended. This is despite the fact that, to begin with, tramadol is prescribed by doctors more often than any other opioids because it has less tendency to cause addiction among users. What makes tramadol susceptible to abuse and addiction are its calming and relaxing effects, as well as the sense of euphoria that it elicits in patients.

If you or anyone you know are taking tramadol, it would be wise to understand the risks associated with developing an addiction to it and the effects of tramadol abuse. Here are some of the most important facts to know about tramadol abuse.

An individual taking tramadol regularly may develop tolerance to it, or a need to take increasingly higher dosages of the drug in order to achieve the same sensation that was previously enjoyed. This may lead to a full-blown addiction if the person feels like they couldn’t function normally anymore when they don’t take tramadol. It may also lead to dangerous experimentation with other painkillers or drugs that are stronger or more potent, just to satisfy the craving for relief.

Overdosing on Tramadol Cay Be Fatal

Just like with many other drugs, taking large quantities of tramadol can be extremely dangerous and potentially fatal. In the case of this opioid, it acts as a depressant that affects the central nervous system, thus slowing down the normal functioning of the lungs and the heart. Because of this, tramadol overdose may cause death due to one’s inability to breathe. Other signs and symptoms of tramadol overdose include sleepiness, weak muscles, seizures, or unconsciousness that may even lead to a coma.

Polydrug Use Increases the Risk of Developing an Addiction to Tramadol

Polydrug use means taking a drug like tramadol together with other drugs or substances. It may be intentional in order to intensify the satisfaction or “high” that one enjoys, or it may also be unintentional as the user consumes alcohol or other painkillers and sedatives without knowing that there are adverse side effects. Polydrug use is highly dangerous because it may lead to respiratory depression and cause seizures, resulting in an overdose.

Tapering off Usage of Tramadol Is Recommended Versus Going “Cold Turkey”

Stopping the intake of tramadol as part of a process to address its abuse usually leads to withdrawal symptoms, just like with many other drugs or substances. Experts generally advise that those suffering from tramadol addiction undergo detoxification in a careful and calibrated manner as opposed to quitting abruptly or going cold turkey.

It has been observed that those who have been taking higher doses of tramadol for longer periods of time are more likely to exhibit severe withdrawal symptoms. These include nausea, anxiety, depression, and restlessness along with diarrhea and hyperacidity. Thus, it is also recommended that tramadol addicts undergo a medically supervised detox program so that these physical and mental symptoms can be addressed properly.

Tramadol Withdrawal Is Different from those Experienced from Other Opioids

Additionally, medical detox is advised because the withdrawal symptoms of tramadol are unlike that of any other opioids or painkillers. There are basically two types of tramadol withdrawal: traditional and atypical. A patient is likely to experience two distinct sets of symptoms depending on the type of withdrawal they have. In the former, manifestations are more physical in nature such as nausea, diarrhea, vomiting, gastrointestinal, pain and body aches. In the latter, symptoms are more mental or psychological in nature such as hallucinations, paranoia, anxiety, confusion, and disorientation.

While tramadol is not even a potent drug, its potential effects on the human body if abused are far-reaching and very dangerous. That is why it is important to understand how tramadol works and what risks are involved in taking this medication. When used properly and under the guidance of a doctor, tramadol can bring relief and benefit to people who suffer from constant pain. However, if abused, tramadol can lead to a devastating health crisis that may be quite difficult to overcome. If you or a loved one are experiencing any signs or symptoms of tramadol addiction, seek the help of a medical professional or a drug rehab center right away. n.

How Does Denial Affect Addiction: By Leading Rehab Experts 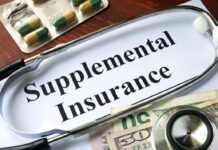 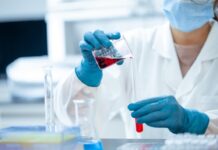 How is a trundle bed useful for small spaces?