Could CBD be more beneficial than this? It has come in many forms, namely oil, edibles, hemp, and even vape juice! Now, the CBD market has expanded once more, and to the topical territory. With this news from WHO about its properties being non-addictive, this compound has soared high along with its potential. As more researchers take an interest, more studies will be done and might potentially cover more than what CBD has to offer today.

But even with its recent success, many are still taking on rumors about CBD. Even in the form of a salve, it is still deemed to be questionable. This article aims to explain what this line of product is and expound on the benefits it brings to the body.

The Hemp is a species of plant of the genus Cannabis Sativa, which branches off to two more plants. This is one of them, and the species that houses innumerable amounts of cannabinoids, most of them being Cannabidiol (CBD). Its sister species is called marijuana, the carrier of the rumors hemp is also mistakenly accused of. This is the perfect opportunity to say Hemp is not Marijuana!

To compare marijuana and hemp, the latter has very little amount of THC. Even so, when manufactured into several CBD products, THC is removed completely as per the demand of many of the Cannabidiol users. The reason being they tend to want the benefits this compound gives without being stoned before, or during work. Companies make their oils, hemp, and the CBD healing salve 100% THC-free. This is for both customer welfare and legal purposes.

Though it is unthinkable to have this compound in your product, having THC has its benefits as well. A phenomenon coined the “entourage effect” happens inside your systems, wherein cannabinoids work together to bring an even stronger therapeutic effect in the body. This includes 112 other compounds along with Cannabidiol, and yes, Tetrahydrocannabinol too.

This can be possible because the FDA has a policy that Cannabidiol can be a regulated schedule 5 drug. Of course, it has many conditions to follow, one of them being the most important: it should not have more than 0.3% THC amount. Still, even with this margin, many companies have decided to avoid it completely because of the stigma it brings to their products. For example, Mana Botanics makes their hemp balm from locally sourced ingredients grown from regenerative farming practices.

Many salves are made for the relief of pain, some are even infused with the soothing effects of menthol. But cannabidiol-infused salve works better than any old menthol on your skin. CBD focused products like those formulated by Elevated Wellness to support calming effects in your muscles and joints quickly after application.

Cannabidiol in and of itself is already an analgesic. It interacts with the body’s ECS (Endocannabinoid System) which regulates homeostasis as well as house endocannabinoids and phytocannabinoids alike into its receptors. Once these receptors are stimulated by cannabidiol, positive effects start to happen, like reduced inflammation, swelling, and ultimately, pain.

Psoriasis is an autoimmune disease that causes raised and reddened areas of the skin. It can vary in severity, but overall is non-contagious. Read more about psoriasis here: https://en.wikipedia.org/wiki/Psoriasis and learn about its other forms. Psoriasis can cause much discomfort to the people ailing from it, severe itchiness and soreness, to changes to injured skin called the Koebner phenomenon.

How Cannabidiol can help is all thanks to its anti-inflammatory effects on the inflaming site. It can also act as an anti-WBC, which prevents white blood cells from flocking to a nearby inflammation site and worsen it. Besides that, it can prevent proinflammatory cytokines from causing more inflammation and inflammatory responses.

Itching is another problem Cannabidiol-derived salve can solve. It soothes the skin by interacting with the CB1 and CB2 receptors of the body. CB1 will relay messages to the pain receptors and numb your perception to it, while CB2 will work with the local tissues in relieving inflammation, thus relieving itchiness as well.

Not only that, but Cannabidiol can prevent dry skin as well, because of the oil infused with the Cannabidiol called hemp seed oil. It works with the compound to enhance the integrity and elasticity of your skin, thus preventing eczema from ever occurring.

Why Do Athletes Choose Endurance Gummies After Intense Workouts? 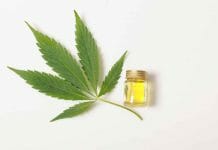 What is CBD Oil

Types of CBD Oil UK Producers Have to Offer

How to Purchase the Best CBD Oil Online