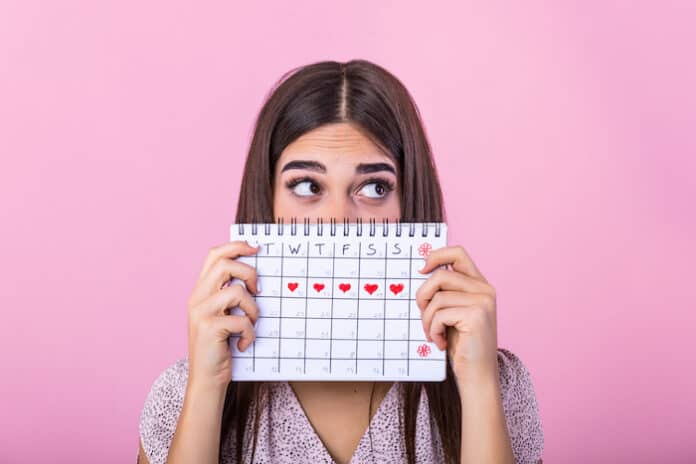 Women have a uterus that’s responsible for normal menstrual cycle and childbirth. Also, it’s in there that a woman bears a child for nine months from a fertilized egg. The uterus plays a major role in the baby’s proper growth and development. However, just like any other organ in the body, it may experience problems too.

Uterine fibroids, uterine prolapse, uterine tuberculosis, endometriosis and adenomyosis are just some of the common problems of the uterus. But how do you know if you have any of these problems and how are they treated?

Before tackling the common symptoms of uterine problems and how to treat them, take a closer look at how the uterus works.

Anatomy And Function Of The Uterus

The female reproductive system includes the uterus or womb, an inverted pear-shaped hollow muscular organ found between the end part of the large intestine and the urinary bladder. It measures six to eight centimeters long, a wall thickness approximately two to three centimeters, and a width that’s around six centimeters.

The uterine wall consists of three muscle tissue layers. The innermost is the endometrium, a highly vascular layer that contains glands. On the other hand, the myometrium is the middle layer with interlacing smooth muscle fibers, and the perimetrium is the thin serous outermost layer.

The major regions of the uterus include the following:

Here are the major functions of the uterus:

Any problems arising from the uterus can cause a wide array of symptoms that should prompt medical attention. Here are some indications you should watch out for:

A common symptom of uterine problems is pain, and it varies based on the location and cause. Here are the common causes of pain in the uterus:

Endometriosis usually causes pain during menstruation in which the inside tissue grows outside. Normally, the endometrium should shed within the inner lining of the uterus.

However, when an overgrowth of endometrial tissue occurs outside the uterus, the blood and excess tissue become trapped during shedding or menstrual bleeding, causing severe pain. The surrounding tissue becomes irritated and develops scar tissue, as well as abnormal bands of fibrous tissue or adhesions, causing pelvic organs and tissues to stick together that adds to the pain.

Inadequate lubrication causes normal pain sensation during sexual intercourse, which resolves by itself when the woman becomes more relaxed, when the couple engages in increased foreplay, or when sufficient vaginal lubricant is applied. In some cases, dyspareunia can be caused by uterine problems.

Uterine fibroids or myomas as well as cancer of the uterus can also cause pelvic pain. Another factor is premature labor, in which labor happens before the 37th week or before nine months of pregnancy. The pain is felt in the lower abdomen, and it’s described as dull pressure or sharp, timed contractions.

An ectopic pregnancy occurs shortly after the conception of a fertilized egg that implants in the fallopian tube instead of the uterus, causing internal bleeding, fallopian tube rupture, and sharp, intense pain.

One common concern of women is heavy menstrual bleeding. Too much blood loss accompanied by cramps can affect the performance of daily activities. If you have heavy or prolonged menstruation or menorrhagia, this can be a manifestation of uterine problems such as uterine fibroids, adenomyosis, polyp, or hormonal imbalance.

Adenomyosis is a condition that occurs when glands in the endometrium extend in the uterine muscle, causing prolonged menstrual periods. A hormonal imbalance occurs when the endometrial tissue develops in excess, which eventually sheds through heavy menstrual bleeding. Polyps refer to small, benign growths on the uterus lining. Uterine fibroids, on the other hand, are noncancerous or benign tumors that usually appear during childbearing years, causing heavy or prolonged menstrual bleeding.

Menorrhagia signs and symptoms may include the following:

A common symptom of uterine fibroids or benign uterine growth is frequent urination. This problem can be accompanied by difficulty in emptying the urinary bladder and pain. If fibroids grow larger or tumors are numerous, the uterus expands, compressing the bladder. The capacity of the bladder to hold enough urine reduces, resulting in frequent urination.

Bladder endometriosis affects 1-2% of women, in which the bladder is the most likely affected organ. The signs and symptoms of this rare type of endometriosis may include:

Don’t ignore the common symptoms of uterine problems because they may worsen and cause major complications. Here are some of the treatments you can do:

Endometriosis is a lifelong medical condition without cure unless the uterus is removed (hysterectomy). The pain is chronic so proper pain management is important. Your doctor can prescribe medications to control severe pain. Over-the-counter (OTC) pain relievers such as ibuprofen or naproxen are suitable for manageable pain caused by endometriosis.

Other causes of pain may require surgical intervention such as removing the affected area, salpingostomy or salpingectomy, and laparoscopic surgery to treat ectopic pregnancy.

Specific treatment for heavy or prolonged menstrual bleeding depends on your medical history, overall health, cause of the condition, severity, and the patient’s tolerance to medications, therapies, or procedures. In addition, treatment for menorrhagia also depends on the patient’s future childbearing plans, lifestyle effects, and personal preferences.

The different treatment options of menorrhagia include the following:

Progesterone aids in correcting hormonal imbalance and reducing menorrhagia. A hormonal IUD releases progestin such as levonorgestrel, thinning the uterine lining, relieving cramps, and decreasing menstrual blood flow. Your doctor may prescribe an iron supplement if you have signs and symptoms of anemia to balance your blood’s iron levels.

Surgical intervention is necessary if medical therapy fails to treat menorrhagia. The doctor opens the cervix and suctions or scrapes tissue from the uterine lining in dilation and curettage to treat acute and active bleeding.

Endometrial ablation involves destroying the lining of the uterus or endometrium using a laser and radiofrequency to destroy the endometrial tissue. Focused ultrasound surgery, on the other hand, uses ultrasound waves to treat bleeding by shrinking and destroying the uterine fibroid tissue without requiring incisions.

Myomectomy is another surgical procedure for menorrhagia that removes uterine fibroids in an open abdominal surgery through the cervix and vagina or via several small incisions or laparoscope surgery. As mentioned, hysterectomy or the surgical removal of the uterus and cervix can help treat uterine problems. This procedure stops the menstrual period and causes sterility, which is performed under anesthesia. Both myomectomy and hysterectomy require hospital stay while other procedures to treat menorrhagia are on an outpatient basis.

With medication or surgical procedures used to treat uterine problems as discussed above, the symptoms of urinary problems will resolve automatically. However, if an existing infection occurs, then your doctor will need to provide another treatment plan for urinary tract infection such as prescribing antibiotics.

Seeking medical attention is necessary, so your condition would be properly diagnosed. Consult an obstetrician or a gynecologist in treating uterine problems. Preferably, choose a professional with many years of experience in handling patients. Your doctor will conduct a complete physical examination, particularly in the vaginal and pelvic area, and obtain your medical history. Several diagnostic procedures will be performed to rule out the root cause of your signs and symptoms.

A blood test helps detect the early stages of endometriosis. On the other hand, laparoscopy is a highly reliable method to diagnose endometriosis and other uterine problems. This minor surgical procedure allows the doctor to view the uterus and collect tissue samples for laboratory testing.

The uterus is an important organ of the female reproductive system, particularly in pregnancy and childbirth. It’s crucial to talk to your doctor if you experience any of the common symptoms of uterine problems to plan and implement the best medical intervention for you. Consider the ideas mentioned here as you seek treatment for your condition.