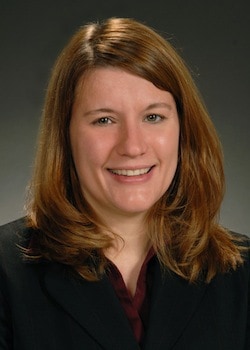 The Department of Labor (DOL) is putting a lot of focus on the Family and Medical Leave Act (FMLA) this year.   The FMLA allows employees to take unpaid, job-protected leave for covered family and medical reasons.

In January, the DOL released a new interpretation of the FMLA that now makes it easier for a parent to care for an adult child with a disability.  Previously, there had been controversy as to whether the FMLA applied when an adult child is diagnosed with a disability after the age of 18.  The new DOL interpretation specifically states that the onset of the child’s disability can come at any age, and that employees may take FMLA leave to care for an adult child who is incapable of self-care because of a serious health condition.

The DOL also released the long-awaited Final Rule in February, which addresses many of the issues surrounding FMLA leave for former and current military members and their families.  Significant changes detailed in the Final Rule include:

The new FMLA interpretations also clarify the minimum increments that can be taken for intermittent FMLA leave.  Earlier regulations state that employers should count intermittent leave by the smallest increments by which they measure other forms of leave, but those increments cannot be larger than one hour.  The new interpretation clarifies that employers cannot require employees to take more time than the employee requests to address the circumstances that require the leave.

The changes to the FMLA are accompanied by a new poster requirement of employee FMLA rights and new forms.  Employers should revise their current FMLA polices and carefully consider employee requests that may be covered under these expansions to FMLA.

Elaina Smiley is a partner at Pittsburgh law firm Meyer, Unkovic & Scott and is co-chair of the firm’s Employment Law Group.  She can be reached at es@muslaw.com.

What to Do if You’re Injured on Vacation